What are Steem and Why It’s So Exciting?

Ever since the Blockchain landed on Gartner’s Top 10 Technology Trends list a few years back, business managers and owners across a number of industries have been marveling at its possibilities.

Of course, there are those who feel like the Blockchain is one of the most overhyped trends in the past few years. However, when you consider the fact that tech giants like Google, Apple, and IBM have been using Blockchains for years, it’s safe to say that the technology is well worth your time.

What exactly is Steem?

As you probably know, while the Blockchain technology is mostly used in the financial and healthcare sectors, you can also use it to create everything from video games to real estate apps. And as it seems, the technology just might help us make the next step toward a new world of connectivity.

Yes – you can make some money by being active on the social platform. By creating and curating content on the platform – similarly to how users do it on Reddit – Steemit users get an opportunity to earn Steem Coins.

And what are some of the ways to contribute content on the platform? Well, you can either:

Like any other Blockchain-based project out there, Steemit also has its own coins and tokens. But unlike most of other projects, it has more than one unit of account. Let’s dive into this little deeper…

When the users get compensated for their contributions to the social network, they have the option to convert their Steem Coins into Bitcoins. As the organization explained in their 2016 Whitepaper, they plan on increasing the supply of Steem Coins 100% each year.

Next up, we should talk about Steem Dollars. If they choose, the users can also be compensated for their work in Steem Dollars. These units are worth considerably less than Steem Coins and one Dollars represents the amount equivalent to $1.00.

But these units have their purpose. They were originally created to make sure that Steemit users don’t get affected by the fluctuating rate of the official Steem Coin. The unit works as a “promise” that when a user comes to cash out they receive the USD equivalent of what they’ve earned in Steem Dollars.

The last token available on Steemit is called Steem Power, and it symbolizes how much, well, power an individual user has inside the social platform. Steem Power allows users to vote on the platform- and the more Power Tokens you have, the more your votes matter.

The users are able to power down their accounts steadily, over a period of two years in a similar way how does the commodities market work. This process is a security measure that makes sure that you don’t just cash out your Power Tokens quickly and collapse the entire Steemit economy.

Why Should You Be Excited About It?

What is Fundamental Analysis and How to Do It?

So you now fully understand how the social network and its currencies work, but is it enough to get you excited? Do you still wonder is this a legitimate money-making opportunity or just an overly-complicated scheme?

Right out of the gate, you should know the network is 100% legit. And according to industry experts, it’s surprisingly user-friendly. Consider this: by earning the aforementioned Power Tokens, not only do you have an opportunity to earn money, but you also receive a stake in the company.

As CoinReport states, this system works perfectly for both the network owners and users. The users are motivated to create as many quality posts as they can in an effort to receive more up-votes, while the owners want to create a big user-base and cultivate a large community.

But you’re probably wondering – how active the Steemit community really is? Wouldn’t you know all about it by now if it was so popular? There are actually pretty obvious answers to these questions, but they require a little explanation…

Steemit Platform is on a Meteoric Rise

Even though the Steemit network still hasn’t “hit the mainstream” a number of top influencers and commentators in the cryptocurrency industry are very excited about it and its possibilities.

For example, the tweet we embedded above is from Max Kaiser, a huge name in the Bitcoin market with more than 150,000 followers on Twitter. He seems to think that Steemit is, and we quote: “FANTASTIC.” If you’re not interested in opinions of other people, we also have statistics to back our claims up.

From the very beginning, the network had amazing user-engagement statistics. They are even strong when you compare them to stats of major platforms like Pinterest, Medium, and even Twitter.

And from the look of things, the numbers are only going to grow in the next couple of years. That means, when it comes to user-engagement, Steemit is quickly closing in on industry giants like Google and Facebook. Remember, these platforms have literally billions of users.

How to Cash In On the Steemit Platform?

The best thing about Steemit is that it gives both individuals and organizations a chance to attract thousands of people to their content, expand their networks, and make some money. Admittedly, attracting a good number of people to your posts will take some time.

On this particular network, your Power level and the levels of people who up-vote your posts and comment on them are what decides how many people get notified about your posts. This is not a bad thing for a few reasons.

The most important reason is the fact that as an early adopter, you’ll have a chance to build up your Power level before the number of users dramatically increases. And once new users start pouring in, you’ll already have the authority needed to get their eyeballs on your content.

If you’re a small business owner, here’s what you need to do in order to gain Power on Steemit and prepare your brand for the network explosion:

Just by commenting on other people’s posts, you’ll be able to earn up to $500 from other people’s up-votes. But more importantly, this will spread awareness about your brand and establish you as an expert in your particular industry.

The Bottom Line on Steem

Like #Steemit, the #blockchain-based social media platform that rewards people for creating & promoting content on its site, Sgame Pro blockchain-based platform will unite the #gaming industry into a single ecosystem for players, merchants, publishers and influencers. #SgamePro

What’s the takeaway here? Is Steemit going to become the next big thing in the Blockchain world that will spawn countless imitators or is this just one of those ambitious projects that will never go anywhere? In all honesty, it’s still too early to be sure.

However, from all of the evidence we presented above, it’s safe to say that the project looks more like a success story than a network that’s doomed right from the start.

If you have the time, you should definitely give it a go. By creating an account, you have a chance to contribute to the ever-growing Steemit community and you can might just make a few hundred – if not a couple of thousands – of dollars in the process. If that’s not worth a shot, we don’t know what is.

Even if Steemit doesn’t become the next big thing, you’ll be able to hold onto your Power Tokens and see a good return on your investment. But if Steemit becomes as big as I think it will… Sky’s the limit…

Affiliate Disclaimer:  Indie-Music.com has not been given any free products, services or anything else by these companies in exchange for mentioning them on the site.

Financial Disclaimer: Indie-Music.com is not a financial advising site. This article is for educational purposes only. Investing of any kind involves risk. While it is possible to minimize risk, your investments are solely your responsibility. It is imperative that you conduct your own research. Indie-Music.com is  merely sharing their opinion with no guarantee of gains or losses on investments. 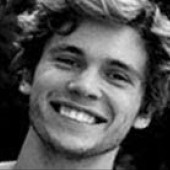 Introducing Sapling With Her Brand-New Single ‘My Body’