MTS Management Group is proud to announce their artists have received 28 nominations and three Early Honors Awards in the 6th Annual International Music and Entertainment Association (IMEA) Awards. The nominations were announced on Sunday, December 29th, 2019, with Cory M. Coons, Kristen Karma and MTS taking home Early Honors Awards: Coons for Adult Contemporary Song of the Year; Karma for Pop Artist of the Year; MTS for Management Company of the Year.  This is MTS’ 5th IMEA Award for Management.

“What an incredible honor.  We are extremely blessed and grateful to be recognized among the best in the industry, by such a well-respected community of artists,” said Michael Stover, President of MTS. “Good luck to all of the nominees!”

Nominees were selected by an anonymous Nominating Committee, compromised of no less than ten and no more than thirty highly respected and highly qualified individuals in the entertainment and performing arts industries. Fan Voting and Industry/Member Voting for the International Music and Entertainment Association’s 6th Annual IMEA Awards will open Monday, December 30th, and close at 11:59PM EST on Friday, January 10th. Winners will be announced on January 17th. Voting will take place at http://www.imeaawards.com/vote. 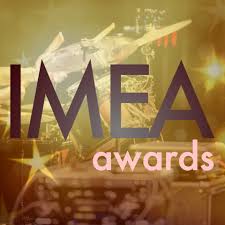 ABOUT THE IMEA AWARDS: The purpose and mission of the International Music and Entertainment Association’s IMEA Awards is to honor and recognize the best in independent music, theatre, and live entertainment, internationally. The IMEA Awards, presented annually, highlight excellence in the performing arts and entertainment industries.

The International Music and Entertainment Association (IMEA) is a non-profit organization dedicated to promoting and serving as an advocate to individuals and organizations within the performing arts and entertainment industries.  For more information, please visit http://www.imeaawards.com/about/.

ABOUT MTS MANAGEMENT GROUP: Founded in 2010 by Award-winning songwriter, musician and producer, Michael Stover.   A music industry veteran of over 30 years, Michael is a graduate of the Art Institute of Pittsburgh, with a degree specializing in the Music and Video business.  Michael has used that education to gain a wealth of experience within the industry: from retail music manager and DJ, to two-time Billboard Magazine Contest winning songwriter, performer and chart-topping producer, and finally, award-winning artist manager, publicist, promoter and label president.  In just 9 years, MTS Records has released 40 Top 40 New Music Weekly country chart singles, including THIRTEEN #1s and 8 Top 85 Music Row chart singles.  MTS has also promoted 22 Top 25 itunes chart singles, including 11 Top 5s and a 6 #1s!  Michael has written columns featured in Hypebot, Music Think Tank,  and Fair Play Country Music, among others.  For more information, please visit http://www.mtsmanagementgroup.com.

With ‘Happy Like This’, Kate Lomas is here to have a good time