CruNk-N-buCk, Mississippi Underground Royalty located in the 5 Star City, Senatobia, Mississippi; inspired by Three Six Mafia, Eightball & MJG, UGK, Outkast, & Snubnoze. Music is in me, not on me. CruNk-N-buCk has been writing and recording music since the age of thirteen. We released our first recording on cassette tape in 1994, titled S.P.B. HUSTLERS.
Our first studio album wasn’t released until 2003, titled CruNk-N-buCk, ‘BLOWIN’ UP’ an instant classic. We traveled city to city all over Mississippi and surrounding states promoting and selling cd’s out of the trunk of our vehicles. Independent and loving it; It was a lifestyle – promo, shows, back in the studio.
May 2007, we released CruNk-N-buCk, ‘UNDISCOVERED’. Back on tour, but now we’re riding in a shrink-wrap vehicle with our cd sales climbing, fan base growing, and more promoters calling requesting showings, the people were starting to notice. As the people were noticing, so were the haters and the police; Tha Buck1 was sentenced to years on drug related charges in the state penitentiary.
Back with a vengeance, January 2011, CruNk-N-buCk released dAbuCk1, ‘STATE ISSUE MIXTAPE – LIMITED EDITION.’ This was a solo project answering all questions about the charges, time away, and anyone who questioned the status of CruNk-N-buCk as being a thing of the past. A lot of fans were questioning the relationship of CruNk-N-buCk, so we answered with the release of CruNk-N-buCk ‘UNDISCOVERED MIXTAPE,’ July 2011. The system tried to break me, but it shaped me. In April 2011, I opened our own official recording studio, BOTTOMSOUND AUDIOVISUALS. Studio doors opened to all artists that’s serious about their craft; with over 50 projects created in studio it was the first of its kind in our city. It was a place to create and that’s what we did with the release of CruNk-N-buCk, ‘MICROPHONE MONEY’, February 2012.
January 2015, we released CruNk-N-buCk, ‘RED WRITING’ the rap game so exciting. Fast-Forward to today, over twenty-five years in the rap game, seven albums later, several mixtapes later, and over one-hundred songs later, we deliver our final album, the end of a chapter, CruNk-N-buCk ‘UNDERGROUND KINGZ.’ 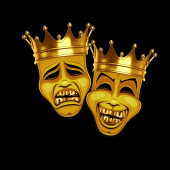 CruNkNbuCk 'UNDERGROUND KINGZ' COMING SOON. THE FINAL ALBUM. THE END OF A CHAPTER. FOLLOW US ON ALL SOCIAL MEDIA PLATFORMS @CruNkNbuCk AS WELL AS SUBSCRIBE TO OUR YOUTUBE CHANNEL @ www.youtube.com/C/crunknbuck BE THE FIRST TO KNOW... DON'T BE SLOW.

Chris Pastore’s “Deliver Me” is a Message of Hope.