Cleveland based singer-songwriter Michael McFarland has released his new EP Through This Fire. Crafted in the crucible of a global pandemic, McFarland’s Through This Fire captures the resilience of the creative spirit. With lyrics that embody the desire to not only push forward despite crushing adversity, but also to bend that adversity to one’s will for self-improvement and personal progress, the songs speak to the universal struggle to find hope in a frightening world.

Musically, the six song EP challenges McFarland’s previous compositional style as he melds new influences and approaches, seamlessly integrating them into his ever-evolving sound. McFarland guides us through the flames, to come out the other side reborn far stronger than we entered.

Along with the new EP, McFarland has released a video for the single ‘Invincible’, featuring vocals from the Neo Soul/R&B group MixedFeelings 216, which tackles subjects effecting the nation today. “It’s about what’s been happening in the country during 2020, it’s about climate change, police brutality, LGBT rights, and the decision we are facing with this election,” explains McFarland. You can watch the video below.

Performing live-looping acrobatics as a one-man rock show, or backed by his four-piece band The Mess Makers, the Cleveland, Ohio-based performer elevates the material on stage with a seemingly inexhaustible energy. Showing a maturity of style and sound that has developed through years of travel, relationships, heartbreaks, and reinventions, McFarland’s music contains talent, passion, and lyrics that come from the heart. The result? A big, bright, and lovestruck slice of anthemic indie rock.

Track Listing:
1. End of the World
2. More Than You Believe You Are
3. The New Contagion
4. Not Going Under
5. Get Down
6. Invincible (feat. MixedFeelings216) 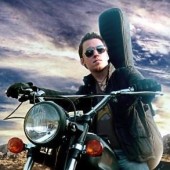