music PR and news from Kartel

Joe Bedell-Brill and Georgie Hoare are 0171. The band, from Hackney, East London, create their own world with a roughness that feels honest, intense and intimate.

Debut single ‘1000 Words’, released today, describes the tangled and blurred memories of a relationship between two people who are now distanced and struggling to connect. Textured tracks build up layer by layer, shifting from live piano to distorted synthesisers, drifting samples to heavy bass.

Like the theme, the production is also a patchwork; a mixture of sounds including samples from old 0171 songs, some made years ago.

The monotone vocal delivery is influenced by a world in which communication is often written rather than spoken, as Joe and Georgie join in harmony before splitting apart again.

The visual, which hammers home the relentlessness of the song, was also a debut music video by 0171’s longtime friend and collaborator, Jake Alden-Falconer.

“We like to sing about nostalgia, looking back at your life, memory, and how that shifts and changes,” say Georgie and Joe. “We’re building memories upon memories, storing them, and then forgetting about them. Like the pile of old phones you have in your parents house. Or all the stuff you’ve made, which you record on hard drives but leave in a room. There are all these forgotten fragments that were once part of who you were. We try to put those things at the centre of our music.” 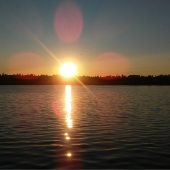