[17th September 2021] German musician and producer Luis Ake is known for his genre-bending, convention-defying and out-of-the-box musical creations. He’s made a name for himself by effortlessly moving through the imagined boundaries between genres, crossing them and connecting the unexpected unlike anyone else, transcending genre altogether. Now, the prince of Synth-Pop returns to offer up his long-awaited second album, Liebe, released under Mansions & Millions.

10-tracks long, Liebe, or ‘Love’ in English, is a groundbreaking body of work from Luis Ake who continues to grow as an artist with each release whilst expanding the very definition of German pop.

Lyrically captivating and conceptually complex, Liebe sees Luis Ake cleverly explore the dimensions of our being as humans in search of an explanation for what we understand as romantic love and its manifold mysteries.

Slinking seamlessly between Synth Pop to Dark Wave, to Italo Disco and Neue Deutsche Welle, no stone is left unturned when Luis Ake creates and Liebe is a shining example of his immense talents and unending versatility.

Listen to LIEBE by Luis Ake: 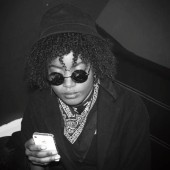