Hello my new friends! I’m happy to be a part of the Indie-Music.com family! Please join M.E. @ www.michaelegletonmusic.com to hear and to learn more about Soul, Jazz and Blues recording artist, Michael Egleton!
Michael Egleton, is a fresh new, soulful sound with an old flare, innovative techniques and style. His music is simple yet mature. Nothing too complicated. A straight to the point vibe, that’s refreshing in today’s music. He has developed what is now, his “signature sound” which has been described as Gospel, Blues, Soul and Jazz all rolled up into one with the raw emotion of a classic Soul crooners. This makes him unique and one of a kind. It’s Music For the Body… Music from the Soul… Music of the Heart…
Enjoy, “Behind These Walls feat Bob Esterle” by Michael Egleton – https://www.reverbnation.com/michaelegleton/song/27096080-behind-these-walls-feat-bob-esterle?0&pwc%5Bbranded%5D=1 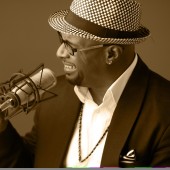 Michael Egleton, is a fresh new, soulful sound with an old flare, innovative techniques and style. His music is simple yet mature. Nothing too complicated. A straight to the point vibe, that's refreshing in today's music. He has developed what is now, his "signature sound" which has been described as Gospel, Blues, Soul and Jazz all rolled up into one with the raw emotion of a classic Soul crooners. This makes him unique and one of a kind. At the age of seven, Michael Egleton was introduced to music when his mom brought home a guitar for Christmas. He continued to play and experiment with numerous instruments before finding his musical connection with the keyboard. Michael began his musical career by playing and composing Gospel music for local artists and churches. Throughout the years his passion for music has broaden to include various genres such as Jazz, Blues, R&B and Soul. Originally from Barberton, Ohio, Michael now resides in Akron, Ohio and makes his music home in Atlanta, GA, commuting to and from as time permits during the year. Some of Michael's musical influences are, Donnie Hathaway, David Ruffin, Michael Henderson, Bobby Blue Bland, Teddy Pentergrass, Lenny Williams, DJ Rodger and Billy Paul, to name a few. The life stories of Mr Steve Harvey and Mr Charlie Wilson has greatly influenced Michael's musical journey. Their paths to success has made an intense impression on Michael and his journey for success. Michael has released 3 independent projects. His most recent, That's Alright The Rewind has received many great music reviews and much has being written about this project. His award winning, independent project, A Look Into My Heart, afforded Michael quite a bit notoriety and attention with him going on to win three awards and two nomination. He has won the Ohio Music Awards, Adult Contemporary, The Top 25 Most Listen To Artists for 2014 with the "It’s All Soul To Me" radio program with its host the late Mr. Simon Darke in the UK, a 2016 Akedemia Music Award, Adult Contemporary, and two nominations, 2014 and 2016, with the IMA Music Awards. A Look Into My Heart has been written about all over the world in online news sources and has even been featured in a CNN News i-report, CBS, ABC, NBC, BBC, and the News wire. That's Alright The Rewind is now enjoying the same attention. Baby Baby Baby was one of Michael's first independent releases and was his doorway into finding his musical personality. He has currently begun work on another independent release, In The Q with two songs released from this project, Situations and Love Song while yet enjoying the success of songs from That's Alright The Rewind and A Look Into My Heart. That's Alright The Rewind and A Look Into My Heart are a main stay in the top of music charts for the Akron, Cleveland, Ohio and also the regional areas in the Blues, Soul and Jazz genres. Michael has maintained this status with many online music mediums also. All of Michael's life experiences and lessons shapes him as a musician and are reflected in his music. Michael is presently signed with the award winning and BET nominated Blue-Artists Branding and Marketing Group. His long play EPK, produced by the award winning movie director, Pierre Walters, has garnered much attention. Michael Egleton is a name quickly becoming noticed for his music abilities and hopes to be among those recognized music greats one day. www.michaelegletonmusic.com Sounds Like: Donny Hathaway, David Ruffin, Isaac Hayes, Johnny Taylor, Michael Henderson, Billy Paul Label: Independent For Booking Contact: Ms Constance Quigley, 541-961-46824 Michael Egleton, Soul, Jazz and Blues artist, Latest Release: That's Alright the Rewind, Independent