Bio:
BigDru is an American Rapper, Poet, Rock Music Composer, Alternative Artist, Indie Musician,
His Style is Eclectic in nature,
Born in Mississippi July 24th, 1980 to Andrew Charles Hugger and Lela Bell Johnson Wash,
in Richton, Mississippi, Andrew was born The 6th child of a family of 10,
He grew up in Mclain, Mississippi where he attended School, he first started his Classical Music Training at Mclain Elementary when He was 12 years old; but before that he started playing music on an Electric Piano-Organ at the age of 11 in The Home He was raised in,His Mother’s House,
But before that he started singing at 5 years old,
He was singing in His Uncle’s Choir by The Age of 7,
He sung for and at many churches,
Touring with His Uncle’s Choir throughout Mississippi was a Beautiful Musical Experience for him,
He was writing poetry by the age of 9 years old,
He was always a musically inclined person;
His mother gave him his first Rhythm lesson and dancing lessons,
He freestyled alot throughout Mississippi,
His Recording Career would take off in Colorado where he moved,
Meeting many other artist,
Going to Denver Colorado where he got his first Instrumental for his First Recorded Song “My Nine”
“My Nine” sold 1,800 copies as a single in its first week at $5 a Cd,

He is Currently featured on as a Future Rock Legend –
https://futurerocklegends.com/artist.php?artist_id=Big_Dru 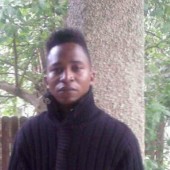 Lead Us Into Temptation –“Dancing with Evil Intent” from the new Elektragaaz EP, The Synesthetic Picture Show Now Playing Part 3

What’s Next For Indie Americana Act The 27?