8 Up and Coming Pop Punk Bands To Look Out For

The DIY punk scene is currently thriving in Europe and has since moved into the United States, especially as online platforms allow us to consume music more freely and easily than ever. Fast tempos, distorted riffs, and simplistic songs are exactly what everyone needs right now to be uplifted. Consuming new punk albums from the comfort of home also allows for being able to still take part in the live events, not to mention a much broader reach for the bands as well.

With it being so easy to find music now it’s no surprise that certain genres have been exploding more, like punk rock. Essential bands that we know well like Green Day, NoFX, and Taking Back Sunday are still going hard and relevant within the punk scene, but here are some up-and-comers that you should be watching for (and possibly, stalking).

TOPLADY
This up and coming band has been described as “garage punk”, witty and full of “attitude,” an appropriate label for this energetic group. TopLady is one of those DIY bands that has been discovered and publicized by Marmoset, the music licensing agency that has helped distribute the rights to their tracks and push their songs for commercial use. Though the group’s star power has been harnessed and earned all on their own, as they bring a powerhouse female punk sound that we have been waiting for. There is no doubt that listening to their songs will get either your feet moving or your hands clapping. We especially like the songs “The Edge of Something New” and “Catch Me if You Can” – both are worth a solid listen.

FOLLOW YOUR DREAMS
The band name alone is worth looking more into; but if you’re looking for a little less simplistic and a little more complex noise, this is a group to watch for. There are more experimental sounds that are heard here, and Follow Your Dreams is a name not to be fooled with something sweet or cute – their sound is anything but that, featuring a fierceness and even a little bit of chaos within their punk EP. The band has become one that no one quite knows what to expect from, but it’s one that you will not likely forget.

BURNT TAPES
This group formed sooner than the first two, in 2013, and their sound is more notably followed and well-liked for their own realized brand they call ‘regret-punk’. The band was even recognized and featured as a Top 5 EP of 2017 with their song “Alterations”, though their more recent music of the last year leans closer towards the indie-punk genre. Their songs also have some relatable and mature qualities, so they are definitely a group you will want to know.

INCISIONS
Another group with their own self-described brand known as ‘faux crust hardcore punk’, full of street punk vibes. Their song “Deny” is a great mix of screeches, guitar, and drums that explodes into a full-on punk tribute. The exhilaration that is felt when listening to this group is worth the heart-quickening frenzy, with lots of vocal power and depth. The band has established itself well above the typical punk pigeonholes and takes the stage with confidence, without the need for harmonies or emotional solos; They are young, fresh, and exactly what you need.

CABLE TIES
If you’re in the mood for something more politically-charged in your punk listening, then look no further than Cable Ties. They cover everything from apocalyptic despair to privilege, two very important topics that have plagued us all this year. The lead singer Jenny McKechnie has a distinct sound that wails alongside righteous power chords, bringing that ‘riot girl’ sound into the world of punk very effectively.

DOGLEG
More carefree with their music,  and still making a name for themselves, Dogleg does something a little different with their sounds, utilizing buzzsaw guitars and artillery shots for a more noticeable effect. The lead singer Alex Stoitsiadis has some great desperation in his heartfelt voice, which probably lends itself to why the group is considered both punk and emo. Having just released their first album entitled Melee this year, which features a song with a really fun name “Kawasaki Backflip” –  there is bound to be more excitement from them to come.

CORAL SPRINGS
There is also another sort of punk-rock that is known to be more pop, which is where this band tends to fall under. Their music is described as more ‘glitter’ and less despair, and have been compared to groups like Paramore, New Found Glory, and Rise Against. One thing that this band does is share the burden of all aspects within, including having each member a part of the songwriting process, which gives a lot of variety to their topics and lends its way to diverse lyrics. They love bringing the catchiness of pop into the punk world, so we should expect to see some really great things within the next year from this group.

SLEAFORD MODS
Humor is a huge factor that comes into play with this electronic-punk band. Sleaford Mods has been around for more years than the others we’ve listed (as they came onto the scene in 2007), though their music gained major ground in 2017. Now,  in the wake of the pandemic, their tracks have become all the more relevant.

The group aims to relate to the working class folk, demonstrated well within their lyrics that ramble about a government that doesn’t care about them. It’s angry but funny at the same time – a comical view of society – giving this band a reason for everyone to give them a listen. Particularly with their song “Second” from their album All That Glue that just came out in May 2020, you can hear the lead singer Andrew Fearn talk about being ‘second’ to everything that he owns.

The punk scene is far from losing its ground, and with numerous other punk groups starting to make names for themselves including Goodbye Blue Monday and Haest, which aren’t on this list, being a fan of punk will bode well for 2021. Hopefully, many of these groups have figured out to embrace technology so that their music can still be streamed and enjoyed in case next year’s live concerts all have to be canceled, again.

Before she discovered her passion for teaching students how to play their first instrument, Nicole was pinching pennies in her 20s while singing at dive bars across the country. Nowadays, she spends her days contributing to music blogs, parenting forums, and education websites when she’s not providing private music lessons. She finds joy in sharing her insight with musicians, fellow teachers, and parents of musicians-in-training!
Portfolio | Twitter 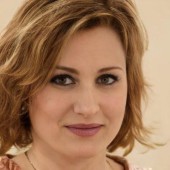 8Shotit Has Worked With Top Artists On Hooks And Production